Given the financial stress people are under during the second wave, should governments suspend audit activities and waive penalties and interest in 2021?

A Special Knowledge Bureau Report: Buried at the height of summer holidays, the Finance Department has released a significantly complex and potentially punitive proposal to change the integration of the personal and corporate taxation system for private enterprises and provided a mere 75 days to provide feedback. 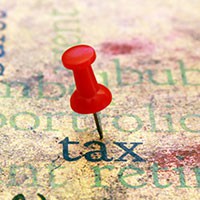 Canada has 1.17 million businesses that employ 8.2 million people who work in our economy. Of this, the vast majority are small businesses (97.9%)[1] which employ over 70% of the total private labour force. These business owners and their advisors will want to take note that this document sets a negative tone for these complex tax reforms, which will affect the sprinkling of income using private corporations, the holding of passive investment portfolios inside a private corporate and the converting of certain regular income into capital gains, with negative inferences towards the integrity of taxpayers who run small businesses. Among other things, the document says, “there is a sense that some may be getting a better deal than others.” This has already raised the deep concern and ire of noted tax experts with significant experience working with small businesses.

Tax specialists at Moodys Gartner including Kim Moody, FCA, TEP who will speak later this year at the Distinguished Advisor Conference, is disappointed with the rhetoric in the release. “It reads like a sweeping condemnation of small business owners and almost seems to accuse this group of mostly law abiding, tax paying, job creating Canadians of shirking their responsibilities. The language seems to imply that business owners who have followed the law and paid the taxes they owe are ‘not contributing to our economy’ and not paying their ‘fair share’ of taxes. The Liberal rhetoric announcing this change ignores a key concept – risk.”

In their news release yesterday, the CFIB (Canadian Federation of Independent Businesses) is also raising concerns, warning that, “this series of proposed changes is intended to address tax loopholes, but may alter legitimate ways small firms share income among family members.”

Dan Kelly, president of the CFIB, gave Knowledge Bureau Report this additional comment: “After scrapping their own promise to lower the small business rate to 9%, the govern‎ment is looking to further limit access to the rate itself. While it isn't clear how far these changes will go in reducing a business owner's ability to pay a salary to family members, CFIB is concerned with the uncertainty and unintended consequences these kinds of changes often bring. With fresh NAFTA demands from the US, EI and CPP hikes over the next several years and plans in several provinces for a $15/hour minimum wage, our governments are certainly not making it easy for small business owners in Canada."

Dr. Jack Mintz, one of Canada’s most distinguished and influential academics in public policy and a past speaker at DAC, opines that this document will add considerable complexity to an already complex system and makes a few important points on the matter for Knowledge Bureau Report:

Dr. Mintz says he would have been happier if the small business deduction were eliminated and we moved to a single dividend tax rate (and lowered the top rate or increased the threshold with the 33 percent federal rate). “Capital gains tax rates and dividend ratesare out of line. At least we could have gotten some simplicity, fairness and some more encouragement of investment,” said Mintz.

Last word goes to Evelyn Jacks, president of Knowledge Bureau: “It would appear that there is an unfortunate disconnect at the federal government level on several fronts. Most entrepreneurs don’t go into business for the purpose of gaining unfair tax advantages. They are willing to risk their own precious resources of time and money — in advance and over the long run — to make a living for their family, and, if they manage to make a profit against many odds, for many other families in the community, all of whom pay taxes. Hopefully the proposed reforms don’t tip the ideals of tax equity and simplicity to the extreme, against the small business owner.”

What’s at stake, she says, is the perfect integration of the personal and corporate tax systems, especially when provincial taxes are included. “It would appear at the outset, that a tax reform of this magnitude requires much more thought and modelling from stakeholders who understand the management of risk to financial and human capital in the long journey to sustainable small business success. . . 75 days may not be enough to consult properly.”

Evelyn Jacks is President of Knowledge Bureau, Canada’s leading educator in the tax and financial services, and author of 52 books on family tax preparation and planning.