Given the financial stress people are under during the second wave, should governments suspend audit activities and waive penalties and interest in 2021? 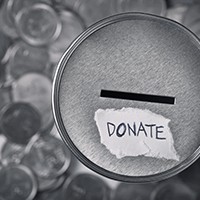