In your opinion, have governments effectively interpreted the financial effect of the pandemic on small businesses across Canada? 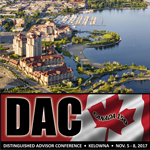