In the last election some parties suggested an increase to the capital gains inclusion rate to 75% or more as the best way to raise new money to pay down government debt. Do you agree?

No Safety in Real Estate: Managing Debt is a Priority

Debt reduction could be the leading financial management strategy as 2019 begins, given the grim housing market forecast, where the biggest concern relates to housing affordability. RBC reports that this will remain a financial challenge for many Canadian families, as the cost of homeownership relative to median income levels will keep rising. 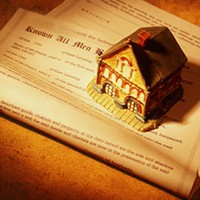 Those living in cities with some of Canada’s most expensive real estate markets – Toronto and Vancouver – will feel the pinch the most. In Toronto, owning a home comes at the cost of 79% of a median household income of $71,631 (up from

76% in 2018). In Vancouver, it’s anticipated housing will continue to cost 88% of a $77,410 median income. Based on data from across all provinces, the average Canadian can expect to spend 56% of their $68,200 median household income to own a home, which is a 2% increase from last year. New homebuyers will also face additional challenges when interest rates do rise, especially with new mortgage stress tests in effect.

The Canada Mortgage and Housing Corporation’s (CMHC) December report shows a decrease in the number of new homes built, particularly single-family homes; whereas condos and apartments fared better with more new starts. Although these statistics improve the availability of affordable housing options overall, they show the impact on Canadians looking to purchase single-family residences.

Worse, Canadians should brace for continued economic volatility which makes the focus on reducing debt even more important sooner rather than later. This cautious approach was bolstered by Governor Steven Poloz last week, in announcing that the Bank now expects slower economic growth than previously forecasted.

Governor Poloz noted that the expectation had been that GDP would expand by 2.1% in 2019. Now, with the current status of the oil markets, and the Canadian housing market in particular, slowed GDP growth is forecast at a now estimated at 1.7%. The Bank of Canada’s decision to hold its benchmark interest rate steady at 1.75% for the second consecutive quarter has provided some immediate worry relief to those managing debt; but at the same time, has indicated continued economic uncertainty. Whether and when we should anticipate interest rate hikes later this year remains to be seen. However, the Bank of Canada states that they will need to occur eventually, when the markets allow.

Bottom line: Now is the time to focus on paying down existing variable-rate debts that will be impacted by rising rates — especially for those with high stakes in the real estate market, or those looking to buy their first home this year. Remember to review the new mortgage stress tests in the process as well.   See a certified Debt and Cash Flow Management Specialist; an important credential available from Knowledge Bureau to help sort out debt management priorities.

It’s true that many will feel the effect of rising interest rates and a challenging housing market in the year ahead, but there is some good news that positively impacts earning potential and cash flow. It was also revealed by Statistics Canada that Canada’s unemployment rate stayed at its 43-year low of 5.6% at year-end, and 9,300 (net) new jobs were created in the economy.

Additional educational resources: Help Canadians make tax-efficient moves to improve their cash flow and pay down debt this year, by enhancing your knowledge of advanced personal income tax filing. The CE Summit workshops are coming to six Canadian cities between January 17 and January 25 to provide you with the tools you need. If you can’t attend in person, courses are available online, including the Debt and Cash Flow Management certificate course.