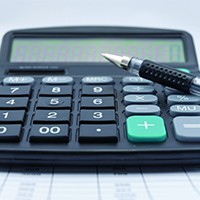 While the CRA has not yet announced the prescribed interest rate for the second quarter (April to June) in 2019, the rate is actually set by the average rate of three-month treasury bills in the first month of the preceding quarter, rounded to the next whole percentage point. Here’s what you need to know:

First, it’s anticipated that these interest rates will not increase before July. Even so, discussions about this prescribed interest rate and its future fluctuations is important information for taxpayers as it determines interest payable for outstanding

amounts due to the CRA. An understanding of the harsh late filing penalties and interest charges should encourage taxpayers to file on time and meet the April 30 deadline.

In January 2019, the rate ranged from 1.60% to 1.65% resulting in a prescribed interest rate of 2% for the April to June 2019 quarter. This rate now remains unchanged from the first quarter.

From a planning point of view, taxpayers need to be informed that the 2% rate will apply to new spousal loans, shareholder and employee low-interest loans, in addition to any overpayments of income tax (after the later of May 31 and the date you file your return). For outstanding balances, the CRA boosts this rate by 4% so you’ll have to pay 6% interest (compounded daily) on any outstanding balances after the April 30 due date.

But, it’s not just late payments and the subsequent interest that’s applied based on the prescribed interest rates that taxpayers need to watch out for. Taxpayers need to know that there are penalties for late filing they could be subjected to as well, if they don’t file by the April 30 deadline for individuals, or June 15 for the self-employed.

Last tax season, two-thirds of taxpayers waited until the deadline was close and filed in April. But there are risks associated with procrastinating.

What are the consequences of filing late? If this is the first year a taxpayer has filed late, the penalty for late-filing 2018 taxes is 5% of the 2018 balance owing. Plus, 1% of the balance owing for each full month the return is late, to a maximum of 12 months.

Worse still, there are additional penalties for taxpayers who have repeatedly failed to report income as a result of late filing or not filing at all. Any taxpayer who fails to report income for 2018 and also failed to report an amount on their return for 2015, 2016, or 2017, may have to pay a federal and provincial or territorial repeated failure to report income penalty. It is considered failure to report, if any amount of income of $500 or more during the tax year was not included when filing.
The federal and provincial or territorial penalties are each equal to the lesser of:

If a taxpayer can’t afford to pay their tax bill by the deadline, it’s still important that they file on time. Interest will still be charged on the overdue balance, based on the CRA’s prescribed rates,  but the late filing penalties outlined above will be avoided.

Taxpayers will also want to pick up a 2019 copy of Essential Tax Facts by Evelyn Jacks for tips on tax-efficiency that will help you through all stages of life. Call 1.866.952.4769 to pre-order.