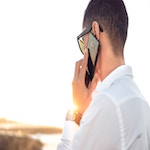 A year after the Auditor General Report that took the CRA to task over its service standards, this fall’s report delivers further criticism. This time, CRA is being called out for its inconsistent practices and in addition, this latest critique follows the news that the implementation of call centre improvements has been delayed again.

This year’s Auditor General Report states that the CRA continues to violate the Taxpayers’ Bill of Rights which guarantees that all taxpayers in Canada are entitled to have the law applied consistently, have to pay only what’s required, and must receive what they’re entitled to.

But this year’s review found a lack of consistency in audit processing times, and in how CRA representatives handle each case. Specifically, the report noted: “There were a number of reasons for these inconsistencies. They included the judgment of Agency staff conducting compliance activities; the region where the file was reassessed; and the type of taxpayer—for example, a small business or a large corporation. Taxpayers in one region waited an average of 7 months longer than those in another region for the Agency to complete an audit. In one region, it took the Agency more than 40 weeks to process taxpayers’ requests for adjustments, while in another region, the Agency took 12 weeks.” The Auditor General also found that in some cases, taxpayers were required to provide further documentation within 30 days, while others were given months.

In response to this year’s recommendations from the Auditor General, the CRA has said that concerns will be addressed and service standards improved by 2020.

Over the past year, the CRA has been working on their strategies to improve service standards, and one initiative was the implementation of a new, modern phone system. This was an important change because the most significant criticism of last year’s Auditor General Report was the fact that only 36 percent of taxpayer calls were answered, and many were blocked. The new system promised to provide wait-time estimates to those on hold, and support a greater number in the queue.

The business enquiries line was finally switched over to the new phone platform earlier this month after a seven-month delay. However, according to responses in this month’s Knowledge Bureau poll, these improvements aren’t being felt by the small business community or the tax and financial advisors who work with them. The CRA has not yet moved the general enquiries or debt management lines to the new system.

If you’re an advisor who works with Canadian businesses, we’d appreciate your feedback. There’s still time to respond to this month’s poll, which asks, “Have you noticed that CRA is starting to increase its service levels for you and your small business clients?” Stay tuned to next week’s Knowledge Bureau Report, when we’ll share the results.

Also, read our coverage on last year’s Auditor General Report on the CRA: “CRA Offside with Taxpayers’ Bill of Rights.”

Additional educational resources: Get up to speed on the latest tax changes that will simplify your clients’ personal and business tax dealings with the CRA. Join Knowledge Bureau at the CE Summits this January for a 2019 advanced personal tax update. These workshops are coming to six cities in Canada between January 17 and 25. Can’t attend in person? Income tax courses are available online 24/7.