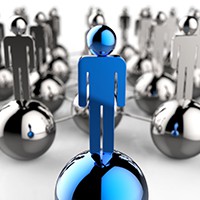 Labour Market Strengthens: A Good Sign, But Will it Last?

Here’s some good news to end the month: the IMF expects Canada to be the second-fastest growing G7 economy in 2019 (second to the United States), and it’s tied for the fastest growing in 2020. Canada’s labour force has also introduced 1 million new jobs, most of them full-time, driving the unemployment rate to its lowest levels in more than 40 years. But, there is more to the story.

Statistics Canada’s March Employment Insurance report backs the positive unemployment statistics trend. It shows that the number of EI beneficiaries has gone down again; 436,600 people received regular Employment Insurance (EI) benefits, down 4,400 (-1.0%) from February. However, this trend may be short-lived: new EI claims also increased 4.7% in March compared to 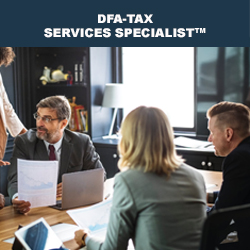 There’s another factor to consider: those who have been lucky enough to stay employed, may also have found it more expensive to go to work. Two specific new provisions impact the take-home pay of employees. Firstly, there’s the increased premiums payable to the Canada Pension Plan (CPP).

As of January 1, CPP contributions increased from 4.95% to 5.1% on earnings between $3,500 and $57,400. And, there’s more increases to come: this is only the first of five years of graduated increases running until 2023, when the rate will reach 5.95%. According to a report from the Canadian Taxpayers Federation, the increases this year will take $98 annually (on average) from the take-home pay of every employee. After five consecutive years of rate increases, those making $60,000 per year will contribute $550 more annually. Secondly, there’s the rising prices at the pumps through new carbon taxes: a pinch surely felt by commuters.

For 2019, the maximum CWB was increased to $1,355 in 2019 ($1,059 for 2018) for single taxpayers and $2,335 in 2019 ($1,922 for 2018) for couples and single parents. As of April, advance payments are available to eligible low-income workers, as promised in the 2019 federal budget. This advanced payment option must be applied for through the tax return and allows beneficiaries to receive up to four advance payments, totalling half of their annual entitlement amount.

Another provision designed to help taxpayers with rising costs from carbon taxes is the Climate Action Incentive Payment, implemented by four provinces. It has been impressively adopted by 97% of eligible Canadians who filed their 2018 tax returns.

In addition to ensuring that Canadians take advantage of these credits and benefits available to them, it’s important for advisors to discuss an RRSP savings strategy and help both employed and unemployed tax filers reap the benefits of current labour market conditions while they remain strong. RRSP contributions can help increase take home pay but reducing the tax burden of workers and their families.

Additional educational resources: How can you help working Canadians plan for the uncertainties the future brings while the labour market is strong? Become a DFA-Tax Services Specialist™. It’s a great program for taxpayers who want to remain informed, too!