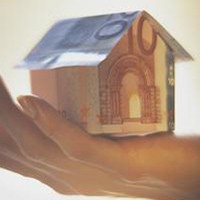 Late last week RBC lowered its fixed mortgage rate and it’s likely that the other big banks will soon follow suit. This gives Canadians more breathing room to get mortgage debt under control. The big question to consider is whether fixed or variable mortgages are right for you.

Fixed mortgage rates are directly affected by the bond market, so in light of recent volatility and falling bond prices, it doesn’t come as a surprise that Canada’s largest bank, RBC, would move to lower its fixed mortgage rates. On January

So is this the right time to lock in? Fixed-rate mortgages offer more certainty than variable-rate options because mortgage payment amounts remain consistent throughout the term of the mortgage. At today’s relatively low rates, it could be a good bet, especially if you’re concerned that mortgage rates will rise in the future.

But, will you be able to afford when you consider the the introduction of the new mortgage stress test? You may have qualified for your desired homeownership options in the past, but don’t any longer, especially as housing affordability declines in cities like Vancouver or Toronto.

People who renew mortgages are not exempt from these stress test rules either. Introduced early in 2018, the new rules require that all homebuyers pass a mortgage stress test, and not only those with insured mortgages (that is, those who make a down payment of less than 20%) as was the case previously.

Now, homebuyers must qualify for a rate that is the greater of the Bank of Canada’s benchmark rate, or the rate negotiated by the buyer with their lender, plus two percent. So, a buyer who negotiates a competitive mortgage rate of 3%, for example, would now have to prove that they can qualify for a rate of 5%; and another buyer measured against the central bank’s benchmark would have to show they could pay their mortgage back at just over 7%.

Homebuyers with a down payment of less than 20% still have to qualify using the Bank of Canada’s five-year benchmark rate, or the rate offered by a lender, whichever is higher, and without the additional 2% tacked on (but then there is the cost of insuring the mortgage through CMHC).

When the new stress-test rules were first introduced last year, CBC reported that the borrower rejection rate climbed as much as 20% at banks and other traditional lending institutions as a result of these new standards. While the 0.15% rate reduction from RBC may not seem substantial, it helps close the gap introduced by this new qualification requirement, and frees up cash flow.

This makes it a great time to explore entering the real estate market, after a Debt and Cash Flow Management Specialist has helped assess and establish sound strategies for the new year.

Additional educational resources: Take a free trial of the Debt and Cash Flow Management course, and learn more about how to help your clients build family wealth and economic resilience at DAC 2019 in Puerto Vallarta!