Inflation, interest rates and bankruptcies are all going up. Wealth taxes on the horizon, are too. Savvy tax and financial advisors will want to understand these trends and be sure to discuss them now with their most financially vulnerable clients, and that includes high net worth clients.  It’s one of the most important insights attendees at this week’s Advanced Retirement and Estate Planning course learned at the CE Summits.  We share some of those insights with you now.

You may not be surprised to learn that retirees, business owners and of course, the next generation with money in motion – the Millennials – all need to pay attention to wealth eroders in these volatile times:

Inflation rates.  Canada’s inflation rate is expected to peak at over 6% in the short term, before settling back to a 2.5% to 3% rate, according to a recent report by Reuters.   Meanwhile, the U.S. inflation rate hit 8.3% in April, but started to slow after 7 months of increases. But according to a report in Investment Executive, there is cause for concern.  Price increases in common consumer purchases like groceries, transportation costs and rent all may be more entrenched, longer on both sides of the border.  This also means, there is less money available for investing for the future, something advisors will want to review with their clients, especially as it relates to the TFSA and RRSP contribution.

Interest Rates.  Due to rising inflation in the short term, the Bank of Canada is expected to raise borrowing costs four or five times in 2022 to raise its policy rate 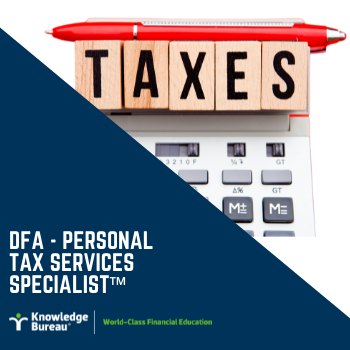 to 1.25% or 1.5% by the end of the year, according to the Reuters report.  They also note that Scotiabank is forecasting a year end policy rate that is even higher at 2.5%.  This will affect the equity markets, business profits and the costs of borrowing for homeowners. Worse, this could actually push people and businesses into bankruptcy.

Bankruptcies.  According to the Office of the Superintendent of Bankruptcy, business insolvency filings increased 33.8% - the most in 31 years – in the first three months of 2022, compared to the same period last year. Consumer bankruptcies were down almost 5% from the same quarter the year before, but up from the immediately preceding quarter.  This may be a sign that rising interest rates and inflation will have a more concerning impact in the future.

It is therefore a most important time to review personal and business balance sheets and predict cash flows and the ability to service more expensive debt and costs in the near future.

Government Spending Sprees and the Sway of Wealth Taxes.  Is a wealth tax on the horizon?  It would be a pity, as wealthy people have a secret weapon when they are targeted with tax: mobility.  The PMO has ask the PBO to look into this issue again, according to the Canadian Taxpayers Federation, who uncovered an interested but heavily redacted communication on the matter, under the Access to Information Act.  The objective is to raise up to $60 billion with a one-time tax on financial and non-financial wealth, but, unfairly, as of April 2021 as the valuation point.  Based on the current economic trends, the valuation of business assets may have changed on the downward side quite significantly since then.

That’s just one of the problems with a wealth tax.  Unfortunately, they don’t tend to raise the type of revenues governments want either.  The reason:  the wealthy are mobile.  They can take their money and their assets and move.

Columnist Jay Goldberg had a great take on this in a recent article in the National Post:  He noted that 12,000 millionaires fled France within a single year.   President Emmanuel Macron, a former socialist finance minister, led a successful push to repeal France’s wealth tax.  The article also illustrated the difficult with a Canadian example:

“A wealthy Canadian entrepreneur makes $30 million a year and pays $10 million in income taxes. If that entrepreneur leaves Canada to avoid a wealth tax, it would take one thousand taxpayers earning $50,000 per year to cover that annual bill.”

The impact of a single wealth tax on the economy, in other words could be significant. Rich people who leave take their wealth and assets and most importantly, their knowledge and skills with them. Consider the brain drain of the late nineties when doctors and other professionals left the country.   These folks also remove income tax on their taxable income, their spending power in the economy, their investments in Canadian companies and often, the jobs they will create. In other words, the author rightly observes, wealth taxes shrink the economic pie.

Bottom line:  The challenge for Canada is to stimulate more economic growth to bring in more tax revenues from a broader base of taxpayers, including our high net worth citizens.  That means investing in creating good jobs that pay higher wages and with that comes a good reason to say no to wealth taxes.