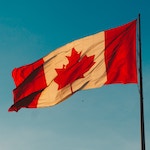 The Election Tax Promises are Adding Up

Knowledge Bureau’s elections promises chart– from a tax and financial point of view – has proven to be popular and with less than one week to go, we’ve added information on the costs associated with some of the promises made. The Office of the Parliamentary Budget Officer’s (PBO) estimates of the platform promises themselves are enlightening; as are those presented with the highly-anticipated release of the Conservatives costed platform.

We now know what the cost will be to Canadians for some of the Conservative government’s promises. Their costed platform, which was published only ten days before the election on October 11, states that:

Here's some further insight on the election promises from the Parliamentary Budget Officer:

Knowledge Bureau will provide a detailed synopsis with a Special Election Report on October 23. Be sure to stay tuned in. If you are in the Toronto area, please attend the Vantage Series luncheon at the National Club on October 28 for a post-election Thought Leadership Event.

Bottom line:  As these promises keep adding up, the issue for many voters is this:  “Can we afford it?”  Watching these estimates closely in the days leading up to the election could give you perspective into the correct answer.

Here are the tax changes each of the parties are proposing in their election campaigns in alphabetic order:

Additional educational resources: Interested in learning more about personal or corporate tax issues? Take our online courses from either the DFA-Tax Services Specialist™ or MFA™-Business Services Specialist designation programs. Or, come to one of our CE Summit workshops for an in-person learning experience.