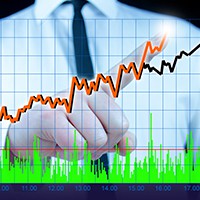 The theme of the 2018 Federal Budget announced February 27 is focused on Equality and Growth, and carries forward the 2017 theme of “a Strong Middle Class”. There are five key areas this budget addresses:

Growth of our economy with a strong emphasis on empowering our Canadian workforce in all of its diversity; with particular attention to gender equality. According to the 2018 budget, there is a 31% gap in the median income between men and women. The Government will be introducing legislation to close this gap.

Budget 2018 also introduces a Women Entrepreneurship Strategy to further encourage women in positions of leadership. This includes additional funding through organizations such as Business Development Canada (BDC) and Export Development Canada (EDC) to the tune of over $1.4 billion over three years.

Advancement for a sustainable future both inside and outside of our borders, tackles topics such as environment, gender equality, national pharmacare, and enhancements to security in a digital environment.

Reconciliation with Indigenous peoples through investments in infrastructure and skills training. This budget projects a total of $4.1 billion over 6 years, including 2017.

Equality within the Canadian workforce is also a priority, with particular attention paid to gender gaps between men and women is a lens the Government has used throughout this document with regards to proposed and implemented legislation within the four key areas: growth, progress, advancement, and reconciliation.

This budget has definitely taken an ‘issues based’ approach with very little change to legislation.

This 2018 budget overview addresses tax measures for individuals and businesses such as:

Started in the 2017 budget, and expanded upon throughout the year, this budget does continue to focus on closing tax preferences extended to small business corporations. Passive investments, in particular, have been addressed in this budget, through two proposed measures. The Government has indicated that less than 3 percent of Canadian Controlled Private Corporations will be affected, and these measures will target corporate owners whose household income is in the top 1 percent of income distribution.

ECONOMY BY THE NUMBERS: