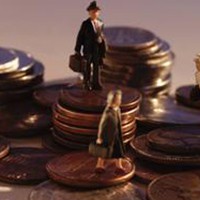 Canada has one of the largest networks of bilateral tax treaties in the world. In Canada, the Government signs treaties with other nations, but Parliament must enact the laws to make the rules within them enforceable.

What does this mean for Canadians? Every country has their own way of claiming jurisdictional nexus with their citizens for taxation purposes; Canada uses the notion of residency. For income tax purposes, individuals may be resident, non-resident or part-time resident of Canada. A resident of Canada is taxable on his or her worldwide income, regardless of where it is earned.

A non-resident is subject to Canadian income tax if he or she is employed in Canada, carries on business in the country, or disposes of taxable Canadian property. Part-year residents are also subject to tax on their worldwide income, but only while resident in Canada. Tax treaties help avoid double taxation to those taxpayers who would otherwise be caught by two different tax laws.

Tax treaties therefore come to the aide of taxpayers, but they are also beneficial to the governments that sign them. Without tax treaties in place, governments are more than reluctant to assist one another with enforcing taxation provisions. For example, Canada does not enforce foreign tax laws, and it will not, even indirectly, assist foreign countries in the enforcement of their tax laws in Canadian courts.

The Supreme Court of Canada case U.S. v. Harden, [1963] illustrates this point well. In that case the United States government sought to circumvent this rule by first obtaining a judgment in a U.S. court and then contending that it was merely seeking to apply a judgment from an American court, and not a taxation law.

Other countries object to assisting foreign governments seeking to impose their tax laws on anybody in their jurisdiction as well. As such, these tax treaties encourage international trade as countries become obliged to exchange information and provide administrative assistance to treaty partners. With this red tape out of the way, individuals can expand their business aspirations confidently, and that is a major factor in a healthy modern economy.