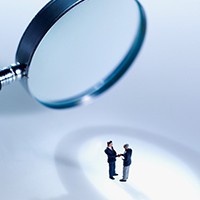 An Auditor General report released last week indicates that the CRA is blocking calls and providing Canadians with inaccurate information, leaving many at risk of severe and expensive consequences in filing their tax returns.  This is especially troublesome as Canadian taxpayers bear the burden of proof to justify the entries they submit on their tax returns.

CRA’s Taxpayer Bill of Rights assures taxpayers have the right to complete, accurate, clear and timely information from the CRA. Unfortunately, the CRA has not been holding up its side of the responsibility.  It is impossible for taxpayers to comply with their tax system when CRA blocks more than half of the phone calls it receives from taxpayers with information requests, as reported by the Auditor General.

Worse, according the AG report, those calls were blocked for a dubious reason: in order to meet the CRA’s own “service standard” for agent wait times; that is, to resolve calls within two minutes or less, 75 to 80 percent of the time.

To say the least, this sets a terrible example, especially from the very department that holds taxpayers to such high reporting standards, backed up by exorbitant powers which can include the garnishee wages, amongst other things.

Taxpayer Right #6 goes on to state: “Our enquiries agents have extensive training and reference tools that let them respond quickly and accurately to your questions and provide you with the highest quality of service.”

Unfortunately, this too does not appear to be not true. The AG found that in over 255 calls between February and April 2017, incorrect information was provided 30 percent of the time, on average, but over 50 percent of the time for some specific questions; for example 84 percent of questions about the start of interest rate charges on an initial assessment were answered incorrectly, and the wrong information was provided on 66 percent of queries about how long to keep receipts on rental properties.

Taxpayers who act on incorrect information may in the future be liable for additional taxes, gross negligence penalties or interest compounding daily at the prescribed rate plus 4% more. Worse, taxpayers who can’t complete their taxes because they are put on hold, never to receive an answer, simply cannot meet their obligations or mitigate their costs in complying with the law.

All of these negative consequences for taxpayers are happening at a time when the ability to receive interest and penalty relief through the Voluntary Compliance Program is being significantly curtailed.

The less-than-satisfactory standard of performance revealed in the AG report puts taxpayers in a strong position to challenge CRA.   The help of a DFA – Tax Services Specialist can be invaluable on this front.

At the end of the day, CRA must do much, much better than this.  It must be a model for ethical relationships with all the stakeholders it serves.

Evelyn Jacks is Founder and President of Knowledge Bureau and author of 52 books on tax preparation, planning and family wealth management. Follow her @evelynjacks.