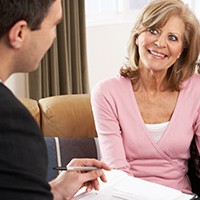 Seniors may be grappling with significant financial literacy challenges in retirement. According to a Statistics Canada study released on April 3, 2019, a greater number of seniors are in more debt than past generations, and one of the big reasons is mortgage debt. Together with higher taxes, “new” retirement income planning requires a close look at the net worth statement, followed closely with tax projections to maximize both income and savings.

This makes retirement income planning more complicated for those retiring in the near future.  What savings options should be tapped first?  Which should be pushed into the future.  The first consideration is what to do with public pension sources:  the CPP and OAS. The following tips are excerpted from Essential Tax Facts, 2019 by Evelyn Jacks now available online or by calling 1-866-953-4769.

Deferring OAS. Since July 1, 2013, Canadians have had the option to defer receiving their OAS pension for up to five years. If you elect to do so you will receive a proportionately larger 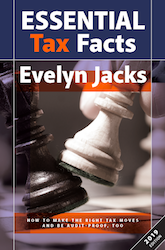 pension when you do start to receive it. This may also enable you to withdraw other taxable amounts first, like deposits in an RRSP, in a more tax-efficient manner. You would want to do this if your net income is always going to be high in the 5-year period, and OAS, as a result, will be clawed back.

The OAS is clawed back. You will start receiving reduced benefits when individual net income reported on your tax return exceeds $77,580. Your benefits will stop completely when income exceeds about $125,696 (est) in 2019. Assuming no clawback, the amount that is receivable differs quarterly with an indexing factor.

Increased income exemptions for GIS recipients. Starting in the July 2020 benefit year, seniors will be allowed to make $5000 from employment or self- employment before their GIS benefits are reduced. Only 50% of active earnings between $5000 and $15,000 will reduce the GIS received.

Canada Pension Plan Changes. CPP can be split between spouses so long as both spouses are at least age 60 and the non-recipient spouse has never contributed to the CPP. This can be an important way to reduce instalment payments and clawbacks of the Old Age Security for the higher income earner.

Collecting CPP and working.  Since 2012, it has been necessary for those between age 60 and 64 to continue to contribute to CPP if they are working and drawing benefits from the plan. As mentioned, those benefits are taxable. From age 65 to 69, recipients of the CPP retirement benefits who are still working may elect to opt out of paying premiums by filing a new form CPT30 Election to Stop Contributing to the CPP. The self-employed can opt out on Schedule 8 of the T1 return.

In either case, additional contributions made in this period for those who don’t opt out will be saved in a “Post Retirement Benefit” (PRB) account to bump up your monthly pension benefits—albeit slightly—beginning the following year. The PRB cannot be split with the spouse.

New CPP Enhancements for 2019. Further enhancements to the CPP began on January 1, 2019:

Consult with your retirement income planning specialist to determine the best route to take in maximizing public pension income sources – after tax.  When you do so, paying down debt in retirement is easier and faster.

UNAUTHORIZED REPRODUCTION, IN WHOLE OR IN PART, IS PROHIBITED