Impacts of Rising Prices from Monetary and Fiscal Policies

This is Part 2 of a series of 3 articles.  In Part 1 we discussed common measurements of inflation and introduced some of the major causes of inflation.  This background is important, so I encourage you to read the first article if you haven’t already.  In today’s post, we will discuss monetary and fiscal policies that are affecting inflation.  In Part 3, we will discuss strategies that we can use to help alleviate some of the pains from rising prices.

The Bank of Canada is trying to reduce the rate of inflation by raising interest rates[i].  The latest announcement in September 2022 raised the overnight target rate by 75 basis points to 3.25%.

Increased borrowing rates reduce the free cash flow available for consumers to make purchases by increasing the amount of income that is required to cover debt payments.  This also decreases the amount of purchases made with borrowed money because consumers feel the cost of borrowing is too high to justify the discretionary expenses. The reduced consumer spending reduces the demand-pull inflationary effect on the economy.

But what about the impacts of fiscal policies?

Fiscal policies are the decisions of the government on taxation and government spending.  Why might a government be interested in encouraging higher inflation, despite the pain it causes its taxpayers?  To answer that question, we must understand the relationship between inflation, sovereign debt and tax revenues.

According to the OECD[ii], Canada’s debt-to-GDP ratio went from 106.9% in 2018 to 130.5% in 2022.  It is widely accepted that, ceteris paribus, a lower ratio is better.  There are a few mechanisms that can reduce the ratio: GDP could grow, inflation can rise, the government can use tax revenues to pay down debt, or the government can default on debt[iii].  We will focus on the 2nd and 3rd options in this article.

In the article Using inflation to erode the U.S. Public Debt[iiii] the authors wrote, “inflation can rise, eroding the real value of the debt held by creditors and the effective debt ratio.  With foreign creditors holding a significant share of the dollar-denominated U.S. Federal debt, they will share the burden of any higher U.S. inflation along with domestic creditors.”  The Canadian Department of Finance indicates about 24% of Government of Canada market debt was held by Foreign (non-Canadian) investors[v], roughly the same percentage that the U.S. Federal debt market had in 2009 when the article was written.

So, there is some fiscal motivation for higher inflation as it shifts a portion of the burden to foreign creditors.  However, you’ll notice that more than ¾ of the debt is held by Canadian investors, so this strategy does not completely solve the problem as far as Canadian taxpayers are concerned because they still experience the bulk of the effect.

The Government of Canada has also increased the money supply by roughly 31.5% since the beginning of 2020[vi].  This increase of nearly $600 billion dollars has increased funds available to businesses and consumers, which increases demand-pull inflation as businesses and consumers increase spending.  Simultaneously, because such a significant amount of additional dollars is existing to purchase the same goods and services, the value of each dollar has accordingly decreased, pushing prices higher[vii].

As discussed in Part 1, wages are increasing as labourers demand higher pay to keep up with the cost of living.  In Canada, we pay income taxes as a percentage of our income on a graduated basis, where the marginal percentage tax rate increases as our income increases. Higher wages result in higher government tax revenues on a dollar basis and businesses are also dealing with increasing costs associated with statutory deductions, which are effectively another tax.

With inflation increasing, the second option listed, the real value of the outstanding debt also decreases.  That is, the purchasing power of the balance is decreasing, assuming the balance is remaining static.

For example, if the debt is $1.2 trillion, and inflation rose by 10% while the debt balance remained static, the effective purchasing power of the debt would be reduce 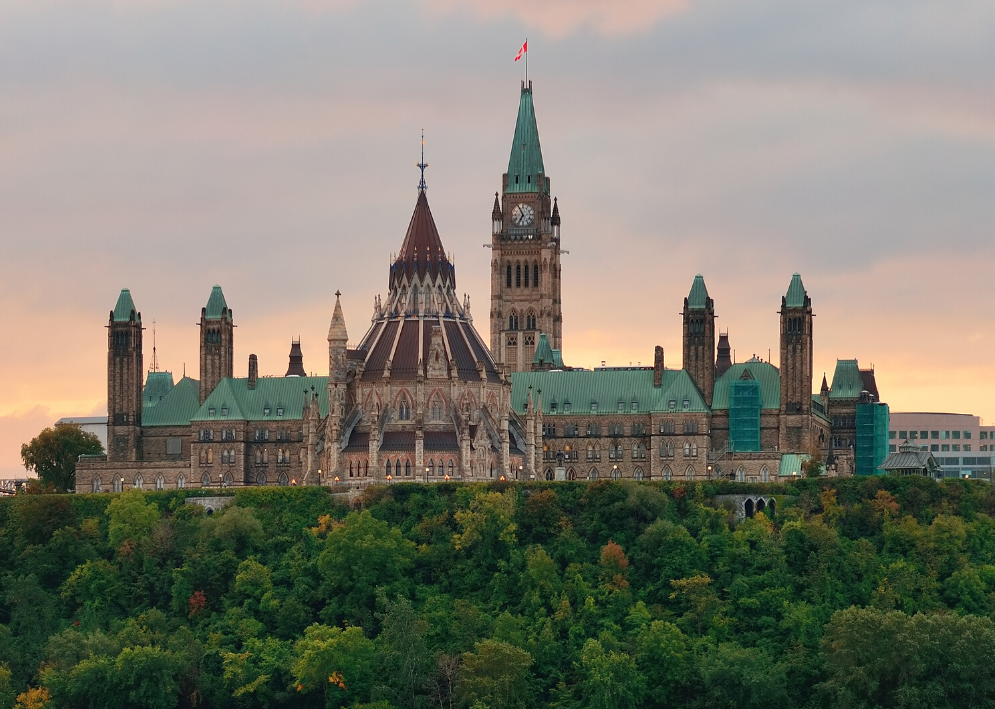 Of course, we must acknowledge that this is purely hypothetical.  The balance of the debt is not actually decreasing, just the value of the debt.  Also, the debt is currently increasing by roughly $145 million per day[viii], putting a significant dent in any advantage gained by the higher inflation.

By raising tax revenues and decreasing the value of the debt in real terms, the government sets itself up to pay down the debt more quickly. Of course, this only happens if the increased tax revenues are applied towards the debt. The government may decide to allocate this raise in revenues to additional spending.

Bottom Line: The Government of Canada has been acting through fiscal and monetary policy to affect the rate of inflation.  The pulls from each policy maker’s priorities, which may be contradictory, adds to the uncertainty taxpayers face with rising costs in the future.

Next Time: What can taxpayers do to protect ourselves from the impacts of higher inflation?

[vi] Some economists will argue for the distinction that this is not technically inflation, but that seems to be semantics.  Prices rise due to the reduction in the purchasing power of the dollar.  Whether or not it’s technically “inflation” the result is the same.