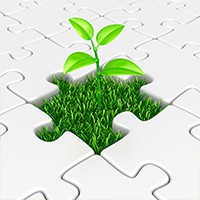 Marijuana in the Workplace: Complex Cases that May Dictate the Laws

Marijuana use may soon become a factor in the workplace but the issues aren’t all so black and white for employers who will have to address them. Here’s more from Philippe Richer about a complex leadership issue that will challenge you as marijuana legalization is looming.

Philippe Richer will be touching upon issues like this, and other leadership choices affecting your business at this year’s new Executive Business Builder Retreat November 10 and 11, 2018 in Quebec City.

In a recent decision, University of Windsor v Canadian Union of Public Employees, Local1001, 2017 CanLII 9594 (ON LA), an arbitrator concluded that the university was justified in terminating two custodians who consumed cannabis during working hours.

While the employees worked the night shift, they smoked marijuana in the parking lot. The campus police caught them and reported them to their supervisors, who placed them on leave pending the investigation. Eventually the university terminated their employment. As the employees were members of a union, the union grieved their termination.

What’s the take-away? According to this decision, employers are justified in terminating employees who either consume at work or arrive intoxicated. However, this decision was made while cannabis was still a restricted and illegal drug. Once it becomes legal, will arbitrators begin to soften their stance?

I’m not entirely sure I would advise a client to outright terminate someone who consumes recreational cannabis prior to attending work or during the employee’s lunch hour, unless the fact scenario falls into one of the clear-cut cases discussed in last week’s KBR article.

I believe that, eventually, once cannabis has become legal, these arguments will arise; unfortunately, these issues were not addressed in this case. An employee will inevitably smoke a joint on a smoke break and an employer will inevitably terminate him or her. It will take some time before these cases work themselves through our court system. Until they do, the law is undefined. Until the law is defined, employers who terminate employees on this basis do so at their own risk.

Philippe Richer is President of TLR Law Group. TLR has been located in the St. Boniface neighbourhood, in Winnipeg, since 1996. The office serves the middle class and small business within the province. With a focus on estates, wills, real estate and corporate law, he leads his team in providing accessible legal services. Philippe also authored the business law course for the Knowledge Bureau and instructed the français juridique class at the Faculty of Law at the University of Manitoba.