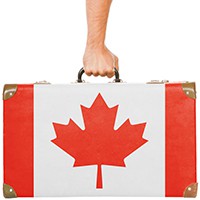 Have the CRA’s service standards improved? Reports from tax professionals and their clients show progress this tax season. However, in light of increased audit activity, diligence and thorough documentation remain necessary - as this story from the field demonstrates – or you risk major financial consequences.

Since the Auditor General's report and criticisms last fall regarding CRA’s service standards, some improvements have been noted for the 2017 tax season, including the introduction of the new File My Return program, and meeting the promised 10-day processing times for Canadians receiving refunds. However, tax and financial service professionals tell us some additional work is required to resolve recurrence of past issues.

In fact, more documentation- not less – is likely a great coping strategy in this new environment, as this story from the field demonstrates.  Tax advisors can also be of great help in the post-tax season activities, often for many months and years into the future.  It is a way to provide Invaluable advice in a stressful time.

Knowledge Bureau CE Summit Alumni Diane Colton of Mobility Financial Services shares one client’s story, about child tax benefits after a marriage breakdown (used with permission).  It gives clues as to the type of documentation couples should be prepared to keep in the year of separation and/or divorce. 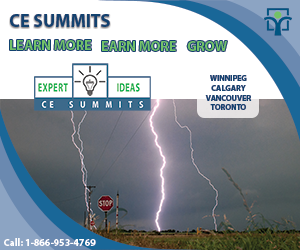 This is Jana’s story:

Jana and her husband separated in 2011, and they have two children. As their primary caregiver, that year Jana claimed the dependent and child tax credits that were available and she was eligible for. Because this is one of the big audit areas for the CRA, they requested verification of the separation.

Everything requested by the CRA was provided, including a letter with photo ID from her ex-spouse, and letters from the children’s school. A few months later, the CRA came back with additional requests, a list of required information that was nine pages long.

The CRA wanted more proof that Jana and her husband were legitimately separated, and not secretly continuing their marriage. They required testimony from an acceptable third-party individual to confirm the separation, and provided a list of who could offer this testimony. Jana complied with the request, and went to her lawyer who was one of the eligible third-party individuals per the CRA. The lawyer drafted a separation agreement, which included the custody agreement, and this was signed by Jana and her ex-husband and notarized.

After this documentation was provided to the CRA, they requested additional information about her ex-husband’s address, and once this was completed, her claims were still rejected. When Jana inquired about the issue, explaining that she had complied with all requests, the CRA agent said it was not sufficient proof, and the notarized documents didn’t prove that what she was stating was true, just that a lawyer had reviewed them (again, the lawyer was on the CRA’s list of persons eligible to provide testimony). The CRA also stated that the separation agreement failed to note that Jana had primary custody of the children, despite the fact that this was indeed included in the document.

This process began in 2011 and continued to 2013, which held up Jana’s ability to claim and receive the tax credits for 2014 and 2015 as well. In 2015, Jana was asked to provide copies of utility bills and mortgage statements, proving that she was solely responsible for paying the mortgage. The following correspondence took place with the CRA:

The CRA acknowledged the written statement from her ex, and the separation agreement; but the CRA’s document incorrectly stated that they had joint custody, despite all documentation provided indicating that Jana was the primary caregiver, with visitation rights extended to her ex-husband. As a result, they requested new documents, signed by both parties, that outlined the custody and living arrangements as of 2014, and any child support payments that had been made. They also asked that the documents clearly state who would be claiming the children as dependents on the 2014 tax return. Jana had already completed her tax return, and had claimed the children every year since 2011.

Then Jana received a letter from the CRA regarding the CCTB stating that they could not determine if she was eligible for the benefit and wanted to know if her current marital status had changed since Dec 31, 2012.

Even with improved service standards at the CRA, pre- and post-assessment audit activity continues to increase; and stories like this one are becoming increasingly common, with CRA frequently auditing the same individuals multiple years in a row. Tax advisors need to prepare documentation in these cases up front to assist down the road and minimize professional costs.

We thank Diane Colton of Mobility Financial Services for this submission.  Please do come out and join us for peer-to-peer learning opportunities at the CE Summits starting May 29th in Winnipeg, May 30 in Calgary, May 31 in Vancouver and June 6 in Toronto.  Mark your calendars now and sign up before May 15 for early registration discount opportunities.