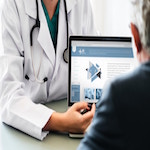 The Refundable Medical Expense Supplement is a tax credit claimed on line 45200 of the T1 return targeted at lower income earners.  If the credit exceeds the taxes payable, the balance will be refunded to the taxpayer. CRA provides an area on the Federal Worksheet that accompanies the income tax package to make the calculations. The trouble is, few people know about it.

To be eligible for the credit, the taxpayer must be:

The lesser of those two amounts are claimed.  Thankfully, tax software calculates this for the taxpayer.

Another good idea: see a DFA-Tax Services Specialist™ for help in this important year when medical expenses, disability tax credits and various claims for dependants and their caregivers may be first-time realities for tax filers.