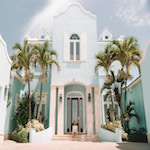 Knowledge Bureau’s September poll asked your opinion about the potential for a 2% tax hike on incomes over the top tax bracket to help pay down the post-pandemic debt.  The vote was decisive with 43% for the hike, and 57% against, and the comments on such a reform of the tax system were interesting and definitive. Here’s what advisors across Canada advocated for:

“We should encourage and incentivize people who can make money because they can create jobs and we all prosper. Overreach of government especially in taxation historically has never ended well!” – Roger Brennan

“No, I have a fundamental issue with tax rates that exceed more than half of additional dollars earned (once provincial taxes are added). No tax bracket should be more than 50%.” - Gwyneth James

“The taxes in Canada are already too high. We cannot alleviate that by increasing taxes!  Generally, it is the prosperous who are able to provide for the employment and well-being of the less prosperous.  If the government should make it less desirable to create wealth, they will go elsewhere and we will be worse off than before. I agree with one of the respondents that taxes could actually be decreased to encourage more business minded people to move here.”  – Robert Litchsel

“The top rate already is high enough! My husband worked for the government for a short time and was astounded by the waste. I say start there.” - Katrina Patterson

“Given more than 30% of our population pay no income taxes at all, I do not feel saddling a small group of taxpayers with more responsibility of tax payment. I fear we kill the goose that is laying gold eggs. Eventually those paying the majority of taxes move on and leave the rest of us to pick up the bill.” – T

“This would equate to penalizing high middle-class folks for careless governmental policies and would only encourage more wasteful spending going forward. If I had any belief that this government would actually use the money generated to pay down the debt I might be more persuaded. Why not go for broke on really high earners. . . like a massive tax hike on any Income 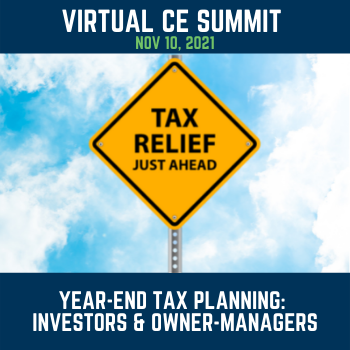 “The issue is not taxes it is spending, the government has spent too much over the pandemic on salary supports to the extent there are no workers available in many industries.  Raising taxes on the rich is a further disincentive to work and will lead to our best and brightest looking south to make more money and pay less tax.”  – Mark Houghting

“No, I think the government should stop CREATING debt, and reducing government spending (especially internationally) instead of taking money out of taxpayer pockets to cover their gross incompetency, corruption and profligacy.” – Sarah Moss

“I think the wealthiest in our population should be the ones who pay a larger share or a one time 1%.  With the costs of everything going up we do not want to be increasing taxes on the middle income earners who are and will continue to be the ones who spend and invest their money here in Canada.  Our role should be to help them pay the least tax legally allowed.” – Marilyn Kenny

“Nope! I make sure my clients pay the less possible taxes as they ware wasted anyhow. The legal way!” – Veronique Dewilde

“I believe that we all need to work together. Our taxes are our responsibility. Live within your means. We have always had enough of what we need and been able to save as well. Sure, buying some things we like is fun, but before buying it, ask yourself the question, will I really use this? Often the answer is no. We all have those items in our house that on garage clean out day, those items go in the donation pile. What a waste of money. Buy smart, a hard lesson to learn I know firsthand.” – Karen

“Governments never pay back debt.  They either default or grow out of it (with rising GDP, the debt compared to GDP declines).  This is what Canada and US did with WWII debt.  The UK raised tax rates with the labour government and it took a long time for the economy to recover. The other problem is that rising tax rates is not a sure way of the government collecting more money.  If tax rates are low enough, this can happen.  However, we have high tax rates and governments have found out that raising rates never give them the money they expect.  Sometimes the amount of tax they collect goes down. No. Unfortunately our government won’t use the funds to pay down debt. Governments almost never pay down debt. Any extra revenue generated will only be used by politicians to justify additional borrowing and spending. It’s a positive feedback loop for politicians. The more they raise, the more they borrow.” - David Weinstein

“Taxes should be lowered, and lowered significantly, not raised.” – Mike Nunns

“I disagree with it, because of government is enough to collect taxes from Taxpayer. Government should reduce the payment of refugees beneficial and other benefits.”  - Kirtikumar Patel

“Covid has badly injured our economy, but the stock market is rising.  We do not need to increase tax on middle income people.  If it is applied to high income people, with over $10,000,000 income per year, that income (level should have to)  repeat for over 3 years, or it will often just catch those with a single (one time) large income, like the person who gets a large capital gain from a real estate sale.” -  Ed Collis

“I do not agree as everything already has taxes on top of it.  The government should look at how government officials spend taxpayers’ money, and should only spend wisely to the necessaries especially this pandemic time. Also government should go after those wealthy people who are tax evaders . . . It is unfair for the common people who are earning less and paying their taxes diligently.”  -  Cherrylaine Sendin

“Well, if the "government" had not gone crazy throwing money at anyone who asked for it, the debt would not be so bad. . . If you penalize people for being successful, they will go and be successful somewhere other than Canada. Successful people should not be punished because they know how to be successful.  A 33% federal tax is high enough when the provincial tax is added on. I agree, that the government should stop its careless spending and corruption and stop sucking the blood from taxpayers” - Bob Kelley

“I did 13 years time in the federal government.  Part of the reason I left was being incredibly frustrated with wanton spending of money which ultimately comes from taxpayers.  Perhaps the decision makers need to spend more time comparing to their own personal budgets before spending the money taken from other citizens.” – Derek T

“There should be a level minimum tax on all tax payers who have over $45,000 of gross earned income, and no tax for those under $45,000 of gross income.  This would get rid of a lot of bureaucratic administration that cost Canadians 10's of millions of dollars that can be better spent in other important areas, and eliminate having to qualify for benefits, as they would have the extra tax saved income for things like child care and food.” – Robert White

“No, I don’t. Our top marginal tax rate in BC is already in excess of 53%. Then we pay tax on everything we buy to boot. Time to reduce government spending, eliminate subsidizing Corporations, stop handing out money to other countries, stop buying off the media, reduce the size of government.” – Allan Johnston

“The things that I would want to see happen is a major push on corporations paying taxes in Canada. There have been times where multi-national corporations get away with not paying taxes by shifting where the profit is considered to be "produced". . . I do believe that politicians do make too much and do have a lot of waste in government. . . there also needs be a better system for handing out the money to different areas.” – Edward Culham

“Income tax rates DO NOT need to go up. What needs to happen is (1) the government needs to understand that deficit spending is a transfer of wealth from future generations to the current generation (2) to resolve deficit spending AND to address wealth inequality issues we need to look closely at inter-generational wealth transfers. In other words, there needs to be a death tax and limits on how much wealth can be transferred between generations (3) government need to stop empire building and understand they do not need to try and solve every societal problem. Government has become a cancer on economic development. Government is addicted to tax revenue like a crack addict is addicted to crack. It needs to stop. (4) Government needs to learn to live within its means. (5) We should revisit the salary, benefits and perks politicians receive and motivate politicians to be performance driven.”   - Christopher Hatherly

Last word goes to Vincent Crosby:  “We need to stop punishing individuals for being successful. Gov't needs to stop playing Robin Hood and find ways to assist families to improve their position rather than forcing equality at the hands of others. “

Thanks very much to all who participated in this poll.  Join us again this month when we ask about another potential tax change to come in 2022 should the minority government party platforms be enacted: Do you believe a potential anti-flipping capital gains tax on principal residences is a good deal? Weigh in!