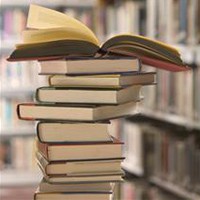 Taxing legal services does not interfere with the Charter of Rights and Freedoms.

During the period July 1, 1999 to December 31, 2006, the law firm Stanley Tessmer Law Corporation did not collect GST in respect of legal services for criminal defence work charged to clients who had been arrested or detained and who were either charged with a criminal offence or who had charges pending. The amount of GST that was to be collected by the appellant was $228,440.97, and the firm did not believe the services were taxable, as the tax interfered with their clients’ rights and freedoms under the Charter of Rights and Freedoms.

This was by no means the first Charter challenge pertaining to the imposition of taxes on legal services. In John Carten Personal Law Corporation v. British Columbia (Attorney General) (1998), the British Columbia Court of Appeal upheld the constitutionality of taxing legal services in British Columbia. In that decision, the Court stated that "it would not be sufficient to found an argument that the Act was unconstitutional in concept or in application merely to show that the tax operated as an impediment or a discouragement to the exercise of a protected right," but that the appellant would have to prove that the tax was preventing the right from being exercised all together.

In this decision, however, there were five related appeals at issue as well. Initially, the question referred to the Tax Court of Canada for determination pursuant to subsection 310(1) of the Excise Tax Act was:

Whether, based on the facts set out in the Agreed Statement of Facts filed herewith, the goods and services tax (GST) imposed by s. 165 of the Excise Tax Act infringes or is inconsistent with the rights of the Appellant’s clients guaranteed by ss. 7 and ss. 10(b) of the Charter of Rights and Freedoms such that s. 165 of the Excise Tax Act is, to the extent of any such inconsistency and, subject to s.1 of the Charter, of no force and effect by reason of s. 52(1) of the Constitution Act.

Because the rights provided in the Charter are not absolute, if the Tax Court were to find the imposition of taxes on legal services to offend this section of the Charter, there would be the further hurdle of proving that the violation cannot be "demonstrably justified in a free and democratic society," as required by the limiting provision, section 1 of the Charter.

Upon hearing, however, the appellant’s counsel decided to limit the question to just section 10(b) of the Charter. Section 10 of the Charter provides:

10. Everyone has the right on arrest or detention

For a myriad of reasons, most importantly the lack of any evidence that the appellant’s clients were inhibited from retaining their required services, the court concluded that s. 165 of the Excise Tax Act does not infringe and is not inconsistent with the rights of the appellant’s clients guaranteed by subsection 10(b) of the Charter of Rights and Freedoms.