Donald Trump’s U.S. tax reforms are having a significant spillover effect north of the border, as many individuals with private businesses in Canada are facing an enormous tax bills in the U.S. If your client base includes any corporation in which a U.S. shareholder controls at least 10 percent of the voting rights or value, you need to know the details of this punitive measure. 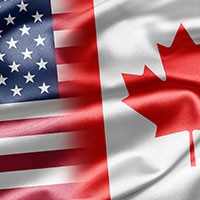 The one-time “repatriation” tax of 15.5 percent that is part of Trump’s Tax Cuts and Jobs Act is intended to bring back to the U.S. a portion of the billions in profits that major corporations (think Apple and Google, for example) have parked in foreign subsidiaries and in countries with lower tax rates. But it is also hitting hard many individual U.S. citizens, dual citizens and green card holders who have businesses abroad, and many of these people are longtime Canadian residents.

Any money sitting in affected corporations is being hit by this repatriation tax, and for those that are Canadian-controlled private corporations (CCPCs), the owners themselves will have to declare the money on their 2017 US personal tax return. According to a CBC article, the U.S. tax bill in these cases could easily amount to six figures, or even over $1 million, for those using a CCPC to save for retirement. And it gets worse for taxpayers who have to withdraw money from their business in order to pay a whopping repatriation tax bill (also called the “transition tax” in these cases): they will be hit by CRA on the withdrawals they make to pay the IRS.

Many business owners are literally losing sleep over this issue and some will even be forced to close their corporations—it simply won’t be worth it for these taxpayers to do business in Canada any longer. In a February 2018 article, the Financial Post cautioned that ripple effects could also be felt by Canadian start-ups seeking U.S. venture capital, where typically those investing the funds would set up a parent company north of the border. Structuring a portfolio in this way could be detrimental under this new tax regime and could contribute to a decline in Canadian innovation.

So far, there is no relief for business owners affected by this one-time, retroactive tax, other than a slight reprieve. Signed into law in December 2017, the Tax Cuts and Jobs Act initially stipulated a June 15, 2018, deadline for the first payment; however, in early June the IRS announced a last-minute extension to April 15, 2019, for the first instalment. This reprieve will buy some time for affected taxpayers as tax lawyers and advocacy groups go to bat with Congress to seek an exemption for Americans who are resident outside the U.S. and are shareholders in controlled foreign corporations.

The Financial Times reports that some nine million Americans live outside the country, but it’s difficult to say how many of them own foreign corporations and will be facing a big repatriation tax bill. Unfortunately, expatriates hold no political clout in the U.S., but the hope is that legislation will be passed to resolve this worrisome issue. In the meantime, you can be a trusted advisor and advocate for any of your clients who are affected by the repatriation tax, by staying up to date with news and changing legislative measures on this front.