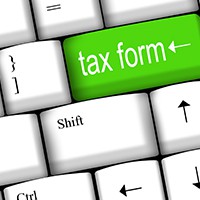 A Million T1s Filed After April 30 and More to Come

According to the CRA’s 2018 tax season filing statistics released this week, just over a million returns were filed in the week after April 30, with a total of 26,210,167 received so far this season. But, considering CRA accepted nearly 30 million returns during the 2017 tax season, there’s no time for tax pros to put up their feet just yet.

Since our April 1st filing report, the popularity of electronic filing options has continued. These methods made up 89.9% of returns submitted – compared to 90% last year.

The CRA’s File My Return program has maintained its low 0.2% take-up rate, since its 2017 season introduction.  It’s a number that won’t change this year, as this filing option is not available  to those who submit returns past the April 30 deadline. Paper filing statistics are up from 9.1% in early April, an increase that may have occurred following resolution to the form shortage at the post office that occurred this year.