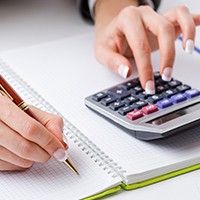 The Department of Finance Canada and the CRA defines the principal function of the tax system as a means to “raise the revenues necessary to fund government expenditures.” Of course, it is not quite that simple, as the tax system is also used to achieve public policy objectives by administering preferential tax rates, exemptions, deductions, deferrals and tax credits. The question to be answered, post-tax filing season, is whether all taxpayers claimed their fair share.

“Tax expenditures” cost  the federal government revenues, but to Canadian taxpayers, these features of the tax system are means to lower their taxes payable. It’s important to pay attention to the value of a tax expenditure, to properly plan for not just the current tax year, but with an eye toward the future.

The definition of a tax expenditure varies, depending on how the benchmark tax system is defined. This is well described in Finance Canada’s publication entitled “Report on Federal Tax Expenditures: Concepts, Estimates, Evaluations, 2019” So, what is our benchmark based on in Canada? We need to look at two items:

Some of the key tax expenditures that reduce the tax burden for individuals include the following:

Finance Canada has projected the cost of federal tax expenditures up to 2020; however, due to delays in the availability of data, even some historical expenditures are projections. They come to these projections and estimations by using a simple formula (though, considering all the variables in our tax system, in actuality it can be far from simple).

Let’s put this into practice by exploring the following case study:

Susan is a 28-year-old professional who lives in Winnipeg, MB. She makes $75,000/year in employment income. Her federal tax benchmark based on her as an individual and over one calendar year is approximately $12,755.

So, what is the tax expenditure for the federal government on deferral of taxes due to RRSP contributions?

Now this could get a lot more complicated. If we reduced Susan’s taxable income to a lower tax bracket, the expenditure could be higher. And there are many other amounts to take into consideration such as the personal amount.

In the case when a tax expenditure is too complex to calculate using this model, estimates are made using “supplementary data obtained from the Canada Revenue Agency, Statistics Canada and a number of other sources (e.g., other government departments and industry associations).”

Federal tax expenditures have can have an effect on provincial tax revenues as well, but that is a whole other topic to cover. For more information on tax expenditures in your province, you can go to the province’s government page.

When you understand how our tax system works, it can make tax efficient strategies more effective; that is, help you keep more of both your income and your savings. And, when you are aware of the federal tax expenditure on preferential tax rates, exemptions, deductions, deferrals and tax credits, you can better plan for your financial future.  A tax specialist, working with a Real Wealth Manager can help.

Additional Educational Resources: Earn your DFA – Tax Services Specialist™ designation to learn more about Canada’s tax system and the various measures available to your clients to reduce their taxes payable. Or, brush up your knowledge by taking one of our certificate courses. Try a Free Trial today!

UNAUTHORIZED REPRODUCTION, IN WHOLE OR IN PART, IS PROHIBITED