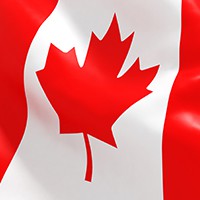 It’s 2019 Budget Season and there is lots of news. In Manitoba it was particularly good news on budget day on March 7, following B.C. on February 19. Meanwhile our two northern territories, the Northwest Territories and Yukon announced theirs on February 6 and March 7 respectively. What are the details?  Read on! Then, don’t miss the Knowledge Bureau Special Federal March 19 Budget Report next week.

First, to B.C. As we reported previously, the most significant provincial budget changes include a number of benefits for residents. For example, the new B.C. Child Opportunity Benefit, interest-free student loans, an increase to income assistance and disability rates, and rebates associated with the Clean B.C. Initiative.

Next, to the Territories: On February 6, the Northwest Territories budget announced a new carbon tax that will come into effect on July 1, 2019.  On March 4, the Yukon 2019-2020 budget announced several spending initiatives related to housing, infrastructure, education, health services, and climate change, but contained no tax-related changes.

Now to Manitoba. In Manitoba, it’s a 1% provincial sales tax reduction that consumers will be most happy with. Effective July 1, 2019, the rate will go from 8% down to 7%. This tax reduction will help offset other expenditures they have to pay in the heartland of Canada, including new carbon taxes, and decreases in paycheques due to increased Canada Pension Plan premiums.  But the measure will stimulate the economy, otherwise projected to show flat growth next year.

Manitoba will also continue to benefit from previously announced tax changes. Last year, an increase in the Basic Personal Amount, projected out to 2020, was announced, together with partial indexing to tax brackets. However, Manitobans pay taxes sooner than their neighbours in other provinces, which affects low-income earners and for those in the top brackets, high rates start sooner, too.  (see charts below).

The Personal Income Tax Brackets will be indexed to inflation by the Manitoba Consumer Price Index (CPI) and will continue to be indexed, as outlined below:

While this is all an improvement over the bracket creep that had affected Manitoba taxpayers for many years and there is still some catch up work to do to provide parity with the other provinces Manitoba competes with for labor and business.  Here is how this compares to Manitoba’s neighbouring provinces in 2019 (BC, AB, SK, and ON).  You will note that Manitoba’s top tax rates kick in at a comparatively low level of $70,610 in 2019:

Additional changes from the March 7, 2019 budget:

On the business tax side, the following changes will take place:

Some additional perspective: Manitoba has a very expensive tax regime for those who withdraw non-eligible dividends from their private corporations. Here’s how the dividend tax credit rates shake out across the country:

In speaking to finance department officials in the Budget lock-up, it was revealed that this a matter they are prepared to look at in future budgets. It’s a matter that’s important to Manitobans who end up in nursing homes as well. This is because grossed-up dividends impact net income, the number upon which per diem costs are based.

Deficit spending is significantly under control, going from a high of over $1 billion under the last government, to today’s deficit of $360 million. This is good news, as it leaves th

e possibility open that more tax breaks will lie ahead in the forthcoming election year, after the October 2020 potential date.

Manitoba was the second province to release its provincial budget, after British Columbia. The other provinces are anticipated to release theirs anytime. Knowledge Bureau Report will be covering these updates and releasing a special report on March 19 on the Federal Budget.

Evelyn Jacks is President of Knowledge Bureau and best-selling tax author of 54 books. She tweets @evelynjacks.

Additional educational resources: How can you stay up to speed on the effects of the federal and provincial budgets? With Knowledge Bureau Report and more!

For tax and financial advisors: Attend the Spring CE Summits for post-budget action strategies that will help you interpret the latest Canadian tax and economic news and information with an emphasis on  tax-efficient personal, cross-border and late-life planning strategies for 2019/2020. Be sure to check out the incredible speakers for the May events – RSVP now - registration deadline is May 15 so mark your calendar now.

For taxpayers: Pre-order your copy of 2019’s Essential Tax Facts by Evelyn Jacks by calling 1.866.953.4769, or, if you want to become a certified pro and help others in your community, consider taking an introductory tax course. Check out  Income Tax Filing Fundamentals.