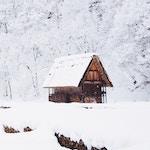 Canada’s Future Lies in the North

Almost 40 per cent of Canada is north of the 60th parallel. But how many Canadians in the South truly understand northern issues, or the riches of the North, its unique, fragile ecology and centuries of Inuit, Dene and northern First Nations traditions? Senator Patricia Bovey will be providing important economic and social insights as the closing keynote speaker at the Distinguished Advisor Conference next week.

Senator Bovey will explain how investing in the potential of a healthier North will benefit our entire nation.The following article was originally published by The Hill Times.

If the government doesn’t invest in infrastructure, education, and other long-term needs now, the gap between the “have” South and the “have-not” North will only grow.

Last month, the committee travelled to Kuujuuaq, Que.; Iqaluit, Baker Lake, Meadowbank, and Cambridge Bay, Nunavut; Yellowknife and Inuvik, N.W.T.; and Whitehorse, Yukon, to understand how present realities and future opportunities and needs link, so appropriate policies and actions can ensure positive futures. The future must be made by the North, in the North, and for the North—and the North must be reachable.

The first step is to repair Churchill’s rail line and deep-sea port in Manitoba, cut off on May 17, 2017, due to the flooded railway. The government’s September 14, 2018, announcement of $117-million supporting the acquisition and repair of this rail line by the Arctic Gateway Group was critically important.

Churchill Mayor Mike Spence said, “This is historic. I don’t think there’s another model out there in Canada that would fit into this equation. First Nations, communities and municipalities, and the private sector, hand in hand with the Government of Canada. This will work, we are excited for the future.”

Rail bed and bridge repairs—essential for all deliveries, tourism, the Churchill Northern Studies Centre’s ongoing research and the Churchill Marine Observatory now under construction—are virtually complete. Certification should be in several weeks.

Then, Churchill’s railway, deep-sea port, and airport, originally a military airstrip, can again serve the whole Arctic and global markets.

Climate change, mining, oil and gas exploration, and environmental concerns are especially complex. Stewardship of northern resources is imperative, balancing extraction and sales with the environment. Financial gains should be reinvested in the North, not solely profit international and southern corporations.

Short- and long-term effects of rapid climate change, melting sea ice, and changes to sea life are overarching. Marine species are being recorded further north than ever before. Mercury levels are rising with melting permafrost. The food chain is changing. What will result from rising sea levels and the projected demise of 40 coastal communities?

The opening of the Northwest Passage will increase international marine commercial traffic and tourism. Yet only a tiny fraction of Canada’s Arctic Ocean coast is charted. Russia and China have better knowledge of our seabeds than we do. Increasing numbers of cruise ships give rise to opportunity and challenge. Icebreakers took several days to reach a grounded cruise ship this summer, rendering them unavailable to assist the once-a-year deliveries to remote communities like Cambridge Bay.

Several top high school graduates revealed they were lost academically and tested at a Grade 5 level when in southern post-secondary programs.

The link to housing is obvious. How can one do homework in a small house with three or more generations, or keep up with only slow dial-up internet or satellite technology?

Further, extracurricular sport and activity facilities are non-existent or insufficient.
Fibre-optic cables are critical for education, health care, business, and more. Northern per capita funding does not meet needs. Distances between communities are vast.
We must attend to these myriad concerns collaboratively, and tie scientific and Indigenous knowledge together, recognizing local residents’ perspectives. Otherwise Canada will face serious regression. The gap between the “have” South and the “have-not” North will increase. All Canadians, north and south, will lose.

Patricia Bovey is an independent senator for Manitoba. She is Deputy Chair of the Senate Special Committee on the Arctic.

Additional educational resources: Join us for DAC 2019! Registration for this year’s DAC has closed, but if this article piques your interest in the types of compelling speakers that attend, you can register for next year’s conference taking place in serene Puerto Vallarta, November 10-13, 2019. Partnership opportunities are also available if you’d like to speak to the theme: ECONOMIC RESILIENCE: Wealth Creation and Distribution in the New Economy. Call 1.866.953.4769.