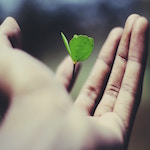 The nature of the charitable sector is changing in Canada. On March 7, 2019, the Minister of National Revenue issued four key recommendations for the administration of new rules relating to the political activities of charities. Some in the sector are rejoicing, but others are wondering about the long term impact of the changes.

The big news: policy development and discussions relevant to their charitable activities can now can be pursued without limitation, as long as the charitable organization operates exclusively for philanthropic purposes.

New legislation, passed on December 13, 2018, will apply retroactively to September 14, 2018 and now allows CRA to lift a suspension of audits in progress in the interim pending guidance on the implementation of these new rules. Those charities will hear from the government shortly on the status of their files. Here’s a synopsis of the recommendations for change in the charitable sector:

Charitable Purpose. CRA’s first recommendation allows charities to engage in the development of public policy and development without limitation, provided these activities are carried out exclusively for a stated charitable purpose. The CRA has developed and published a guidance document on the administration of this policy, which is open for feedback until April 23, 2019.

Outreach funding. Through its second recommendation, the government will provide up to $5.3 million in new funding in the period 2018-2019 to 2023-2024 to enhance charitable sector outreach, as well as education and internal education for employees. It will conduct in-person visits with registered charities to provide support that will help them meet obligations to maintain their charitable status.

Charitable activities. Changes to the rules that govern the political activities of charities in recommendation 3, which received Royal Assent on December 13, 2018, explicitly allows charities to fully engage (without limitation) in political activities. However, they must further a stated charitable purpose and cannot support or oppose any political party or candidate for public office, directly or indirectly. 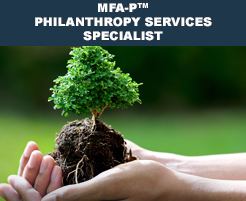 Jurisprudence. The government  has also decided to discontinue its appeal of the decision in Canada Without Poverty v. AG Canada case which which restricted registered charities from participating in political activities that exceed 10% of its resources. This Ontario case was overturned as the  legislative provisions at issue in the litigation are no longer applicable following the above mentioned changes.This decision is controversial, the reasons for which are well outlined in an article from Mark Blumberg, July 2018.

The Government is also providing $3.2 million in new funding to the CRA over the 2018–2019 to 2023–2024 period to support the ACCS in strengthening the relationship between the government and the charitable sector.

Knowledge Bureau Report is interested on your take on the matter. At its core, the issue encircles the question: which political views should be subsidized through the tax system and which should not?

You may wish to weigh in on the issue, as readers did when we asked our readers their views about changes to the charitable donations tax credit (see results of our previous poll.)  At that time, financial professionals largely indicated that they were in opposition to new donation tax credits for a new category of donees that are non-profit journalism organizations that produce a wide variety of news and information. These organizations will be able to now issue receipts in the same manner as other registered charities.

Meanwhile, here is a timeline issued by the government on how this charitable sector reform unfolded:

Additional educational resources: The first designation program of its kind has now been launched by Knowledge Bureau in partnership with Spire Philanthropy and the CAGP: the first course in the new MFA™-P program is now available online and accepting enrolments. Acquire the skills you need to help clients with philanthropic objectives. This is an excellent program for lay people who want to be more strategic in their giving, as well as the charitable sector as well.