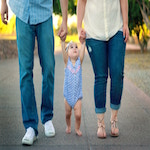 New data from Statistics Canada shows that government transfer programs have a positive impact on getting Canadians out of low-income status. But for some demographics, these positive effects have declined over time. It’s a timely topic, as the holiday season reminds us that the most vulnerable demographics, which includes women and seniors, may not have the resources to enjoy the holidays or share with their families.

The report, entitled The effect of government transfer programs on low-income rates: a gender-based analysis, 1995 to 2016, was released on November 6, 2018, and outlines the following:

Though this new data shows that a range of government transfers have helped Canadians of all ages over time, the most significant impact has been to the most vulnerable taxpayers: women and seniors.

Additionally, the programs available to women have mitigated the disparity in low-income rates between women and men. Promising, when recent federal legislation has placed more emphasis on gend

These trends were similar for elderly men and senior couples, although the reports point to unattached senior women requiring the most help. In 2016, retirement transfers reduced the low-income rate among elderly couples from 51.6 percent to 8.3 percent. The low-income rate of this group increased slightly from 1995 to 2016, and government transfers became somewhat less effective over this period.

The takeaway: While government transfer programs have benefits—and tax and financial advisors can play a role in ensuring that their clients have access to all of the tax deductions, credits, and programs they’re eligible for—those with low income are rarely in a position to seek professional assistance.

It’s a great time of year to start thinking about how family-focused financial planning could help, about giving back to initiatives that support vulnerable communities, and advocating for legislative improvements to our income redistribution programs.

Additional educational resources: You save $50 on tuition when you register in any professional designation program with Knowledge Bureau before December 15!
Learn more about the tax credits and assistance programs available to low-income Canadians by becoming a certified DFA – Tax Services Specialist. Help retirees by obtaining your MFA – Retirement and Succession Services Specialist Designation. Or, better position yourself to help Canadians give back to the most vulnerable during this season of giving and year-round with Knowledge Bureau’s new MFA – Philanthropy designation. Pre-register today before this program is released in January.