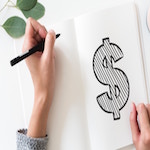 Expanding Economic Opportunity: The Numbers Point to a Shared Solution

What is the best way for all Canadians to maximize their “economic opportunity” to build wealth? It’s a topic that is increasingly receiving attention both here and in the United States. Good jobs and a minimum income is an important solution, but it’s not the only one. Access to education is critical, too.

Just this week the CBC reported that 200 members of the powerful Business Round table in the U.S. signed a new "Statement of Purpose of a Corporation" which now outlines “a modern standard for corporate responsibility” that considers the needs of society as well as the needs of the shareholder: good jobs and economic opportunity for everyone. This shift in priorities could in fact become a real win-win-win for society, the economy and the business community.

Closer to home, however, the implementation of a minimum income is proving to be challenging. An increase from $11.35/hour to $15.00/hour may sound appealing to minimum wage earners, but what are the long-term impacts of such an increase on the economy and more specifically, the business community?

When compared to workers in Quebec (a minimum wage of $11.25 and similar labour force), he found that there was “no perceptible change in teen employment in Quebec and only a 2.4 percent drop in employment among 20-24-year-olds.”

In September 2017, Joseph Marchand, associate professor of economics at the University of Alberta commented in another C.D. Howe report , this time regarding Alberta’s proposal to increase minimum wage to $15.00/hour in 2018. He reports, “several rough calculations for Alberta indicate a potential loss of roughly 25,000 jobs, assuming competitive markets in the industries employing workers at the minimum wage. A similar number of affected workers have already lost their jobs since the policy was first implemented.”

Economists across the country are coming to similar conclusions. Canadian Federation of Independent Business (CFIB) Vice President Marilyn Braun-Pollon said that an increase in the minimum wage to $15/hour for a small business could result in an $82,000 increase in labour costs (based on 10 employees). Who will lose out the most? Ms. Braun-Pollon’s concerns echoed those of Anindya Sen’s: that the biggest effects will be felt by Canadians between the ages of 15-25.

And where will the extra $82,000/year come from to pay the increase in wages? Likely from rising prices business owners must pass down to consumers, thereby creating an increase in cost

of living for all Canadians.

But we can’t ignore the escalating cost of living for Canadians and the need for rising incomes to cover it. According to the Canadian Centre for Policy Alternatives , a worker making Ontario's $14-an-hour minimum wage would have to work 54 hours a week to afford a one-bedroom apartment in Hamilton, and 65 hours for a two-bedroom place if they wanted to avoid spending more than 30% of their earnings. This isn’t just a problem isolated to one province either: 40 hours a week at minimum wage just isn’t enough to pay rent in 91% of neighbourhoods in Canada.

Some think there is another route to take as an alternative to forcing a higher minimum wage.

In her report, Marilyn Braun-Pollon went on to say that “there are alternatives that are just as beneficial to a wage raise, such as more training for young workers so they can upgrade their skills and higher basic income tax exemptions for lower income earners.”

Knowledge Bureau President, Evelyn Jacks, has been discussing this latter point in Manitoba election coverage this week “One of the best ways to put money into the pockets of low-income earners is to stop taxing non-discretionary income – income needed for basic necessities like food, clothing and shelter. That requires a higher, and fully indexed basic personal amount that reflects those costs in every province,” she says.

And Vaughn Hammond, Director of Provincial Affairs for the Canadian Federation of Independent Business in Newfoundland and Labrador said in an opinion piece published by The Western Star on Aug 16, 2019 that he thinks that providing tax relief to low-income workers is the most effective way to help Canadians. “This can be accomplished through the Low-Income Tax Reduction program.” But is that enough to bridge the gap between minimum wage and affordable living?

Knowledge Bureau’s research department ran some calculations comparing a $15/hour minimum wage to a lower minimum wage increase while increasing the personal amount of approximately $9,600/person to $18,000 for Manitoba and we found the following:

With an increase in the basic personal amount to $18,000/person, a number we feel more accurately reflects the basic costs of living, tax is significantly decreased; and so are the potential costs to business. In fact, a 12% wage increase from 11.65 to a minimum wage of $13.00/hour results in increased earnings of $3,734.17/year after-tax.

Implementation time for such a significant wage increase and offsetting price or cost-reduction adjustments would be critical components for economic success for employers. It is also important to point out that any such increase would also raise the employer’s portion of CPP and EI. In the case of the CPP, increases in premiums are also being phased in at the moment.

Overall, however, this “shared solution” is better for the economy and most important, best for the wage earner.

Bottom line: It seems to us that a higher minimum wage may be the solution to Canada’s income woes, but only when the government shares the responsibility with employers.

Additional Educational Information: The calculations for this article were run using Knowledge Bureau’s Income Tax Estimator . A straight-forward calculator that helps to determine total taxes paid for individuals and/or couples based on different combinations of income sources. Try all 15 Knowledge Bureau Calculators FREE for 24 hours or choose between a one-month or one-year subscription .