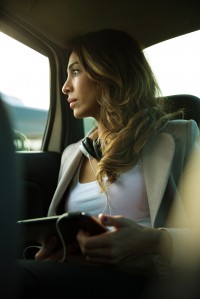 The government has recently appointed a new Task Force on Women in the Economy.  However, what’s missing among the 18 educated and highly qualified women on the board* is representation from the many women who, through self-employment and independent business ownership, contribute so much to growth in our economy. That’s a big miss.  Here is why that is important:

Forbes recently quoted a McKinsey Study which found women entrepreneurs are critical for economic growth.  It estimates that $12 trillion could be added to global GDP by 2025 by advancing women’s equality.

“It is hard to imagine a well-rounded discussion about women in the economy without including the critical role of entrepreneurship and small business,” says Dan Kelly, President and Chief Executive Officer of the CFIB.  “Starting and running a business has long been one of the most important pathways to success for those who have not had their skills and experience easily recognized by decision makers.  While the Task Force on Women in the Economy has dozens of accomplished members, it appears to lack representation from those currently running their own small businesses.  As COVID-19 has made worse the many challenges facing independent business owners, we need to ensure that the voices of women entrepreneurs are heard loud and clear.”

Canada, in fact, is identified as a country that abounds in entrepreneurial activities, according to the Global Entrepreneurship Monitor, which found that 59% of the population sees such opportunities, compared to 57% in the United States, 49% in Australia, and 42% in the UK.

Further, according to the Women’s Entrepreneurship Knowledge Hub, just a 10% increase in women-owned SMEs could add $198 billion to Canada’s GDP. Yet, only 37.4% of all self-employed individuals in 2019 were women.

The federal government’s Women Entrepreneurship Strategy, which was launched in 2018 to support women in business, further noted that only 16% of Canadian small and medium-sized businesses are owned by women.

That’s especially unfortunate because studies show that by advancing women’s participation in the economy, Canada could add up to $150 billion to its GDP.  “The full and equal contribution of women to economic development is desirable and essential for the country’s competitiveness; it is not just the right thing to do, but also the most profitable,” the government notes.

Some important investments have been made to advance women’s participation in the economy.   Last May, for example, the Honourable Mary Ng, Minister of Small Business, Export Promotion and International Trade, announced that $15 million in additional funding would be made available to support women entrepreneurs through the Women Entrepreneurship Strategy (WES), noting that the COVID-19 pandemic has disproportionately impacted women entrepreneurs given their presence in sectors such as retail, hospitality and food services.

The fact that female entrepreneurs generally have higher education levels and tend to be younger, support for a pivot to industries that help women embrace the challenges of disruption would appear to be a sound investment.  In a report prepared for Women Entrepreneurs of Saskatchewan by PwC in 2018, “Canada must increase its entrepreneurial activity in the face of the digital revolution in order to secure its economic prosperity. . . This objective is challenging, given the aging of Canada’s population, which all other things being equal, reduces entrepreneurial activity. Since women in Canada are currently under-represented in entrepreneurial activity and substantially so in innovative entrepreneurship, it is essential that economic policy in Canada make the increase of women participation in entrepreneurship a key policy priority. Moreover, such policy will address the relatively higher negative impacts that the digital revolution is expected to create for women.”

For more information on the financial challenges that your female clients may encounter check out Women and Finance, a Knowledge Gap Course for your Continuing Professional Development. Until March 31, you can take it for only $99 with code: 21WOMEN.

*Members of the Task Force are listed below:

$5 Billion has been made available to support women in the Canadian economy by the federal government.