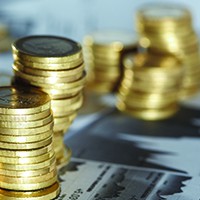 Taxpayers may be rightly concerned about three new provisions regarding the taxation of mutual funds and ETFs. These changes affect retirement income certainty for Boomers’ investment funds that will be subject to new income calculations on redemptions of the investments, starting with fiscal years that begin after March 19, 2019.

Through these initiatives, which are meant to close so-called loopholes, the federal government expects to create $350 million in revenue over the next five fiscal years, starting in 2019.The proposed changes are as follows:

Melissa Chin of advisor.ca, did an excellent job of explaining the potential effects in her article of April 2.   The issue is one of imprecise  allocation of capital gains specific to a unitholder who redeems assets from an ETF or mutual fund. Unfortunately precision in determining adjusted cost bases to arrive at the precision the Finance Department is demanding is almost impossible, especially in the case of ETFs.

This tax change, resulting in the extra $350 million in cash to federal coffers could effect investors in one of two ways, she explains:  “Some of this revenue may be new taxes paid on ordinary income that can no longer be allocated, and some may be taxes that will be incurred earlier than under existing rules, since allocating gains to redeemers creates a tax deferral rather than a tax elimination.”

With an entire generation of Canadians taking a hit to their investment and saving plans, it falls to financial professionals to help their clients understand the effect of these new provisions on their retirement savings, so they can recover and re-strategize. This is especially important at a time when many retirees and pre-retirees already struggle to envision and plan for retirement due to a number of financial and lifestyle factors.

“The four great hallmarks of a great tax system are fairness and equity, simplicity and certainty,” says Evelyn Jacks, President of Knowledge Bureau. “These changes do not promote any of them, in my view.”

Two things to keep in mind in light of these new provisions:

1. Actively traded and more liquid mutual funds will likely have the highest distributions of capital gains to unitholders at the end of the year.

2. Smaller mutual funds that are less active may have more modest returns, and they will likely also result in fewer capital gains distributions to unitholders at the end of the year.

The Budget Bill (C-97) was introduced and given first reading this week. Now is the time for industry to lobby for the rights of investors. Knowledge Bureau Report will continue to bring you news on this matter as more clarity is provided.