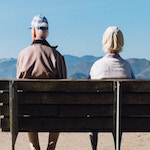 Poll Results: Retirement is Really About Envisioning a Multi-Faceted Life

Is it as difficult for you to envision life after retirement as it is to save for it? According to Knowledge Bureau’s March poll results, the vast majority thinks so: 68% of respondents said yes. But this thought-provoking question helped to define what a retiree’s role really is in a future society that has more old people than young and what this means to the way retirement planning is approached.

Specifically, financial advisors may want to take note of an emerging new trend in improving results in retirement planning for boomers. You may need to spend as much time on non-financial considerations as you do on retirement income number crunching to get the best results for your client.

On the surface, the current economic climate, changing trends in family structures, and the fact that we’re living longer appear to make it financially necessary for many older Canadians to work well past the traditional retirement age. But do they really have to? Do they actually have enough? Are they still worried about the money running out - needlessly?  Or is the hesitation to retire something entirely different?

Do Boomers simply not know how to embrace the joys of the retirement life event? Perhaps it’s the “all or nothing” approach to retirement that’s the problem?

When it comes to pain points in envisioning life after retirement, the majority of our respondents seemed to fall into two camps (and some in a combination of the two). They mentioned:

However, it’s important to note that 32% of respondents did not find it as hard to envision life after retirement as they do saving for it. This is not a small number, and if this is indicative of your client base, it’s worthwhile to identify who these people are, and why they have peace of mind in envisioning what retirement looks like.

Financial advisors may need to spend more time getting down to the root of what is challenging clients when it comes to retirement planning. Is it their savings? The increasing cost of living? Or perhaps it’s time or hesitation to leave a career that has been a staple in their life for 40+ years? Start by asking the question we asked in our poll and then dig deeper into solving the pain points that emerge. Here are some of the insights from our poll respondents. 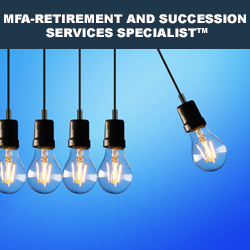 For those with financial worries:

Suman pointed out that the “The majority of our Canadian baby-boomers are not as well off as the articles and posts make them out to be. I am certainly one of those that will not have much to survive the rapid cost of living. With very little savings and no pension, I can only hope to get welfare support.”

Bonnie said: “I do believe we Boomers worry about both issues.”

And when it comes to what to expect from a pension, Tolentine said, “I cannot imagine living on a pension of $1100.00 per month.”

Cheryl offered a similar point, and some advice, “It’s hard to do in this day for young people to save for retirement. Good habits start early so even a small amount will help.  A qualified tax planner is a good start.”

For those with lifestyle concerns:

Cindy said that envisioning life after retirement “be more difficult than saving.” And went on to say. “I am of 2 minds about retirement. If I had grandkids that might tip the scale.”

Don offered his point of view as someone “Very close to retirement from financial planning world.” He stated that he has, “More than adequate resources to retire on at this stage, however, there are two major concerns:

1) Now that I will have 7 to 9 hours a day with little to do should I take up another career or just become a volunteer in different organizations?
2) My life expectancy, based on parents, grandparents and great grandparent’s life spans will likely exceed 90 years.  Do we think that medical science will progress far enough in the next 20 years to have found how to combat dementia and Alzheimer’s by then?

From what I have read, the greatest problem we have in retirement is the psychological one which leads to the physical problems. Lack of purpose and social interaction can be devastating for those who are not prepared for it.”

These poll results are especially interesting in light of the labour force trends reported by Statistics Canada. Although it is expected that the participation rate (based on the total population aged 15 and over) will decrease by the year 2036, largely due to an aging population, Canada faces an interesting projection.  We could see more than 25% of the labor force be made up of people aged 55 or older by the year 2036. This projection is attributed to “better health and longer life expectancy, higher levels of education and their financial situation.”

In a 2017 report by Statistics Canada on “Working seniors in Canada” it is highlighted that seniors with higher education and those without private retirement income are more likely to work than other seniors. Which touches on both education levels and financial situations.

And when it comes to changing things for the future generations, Knowledge Bureau reported earlier in March, that as many as 1 in 5 people are waiting to make more money before contributing to retirement savings. This may only perpetuate the struggle to envision and save for retirement further as time goes on.

For those of you who are helping your clients with their wealth planning, this U.S. study, conducted by Greenwald and Associates, surveyed 1,000 taxpayers and 200 financial services professionals. Fifty-six percent of the participants said that clients rate advisor-provided services highly when retirement planning is a focus, versus a mere 34 percent when it is omitted from the wealth planning process, with greater priority placed on investment risk assessment alone.

Jacquie summed it all up with positive advice for a vibrant future that includes senior participation in multiple areas in society: “In today’s ever-changing environments, we all have to think ‘outside the box’. Remember the children of today will shape the world of tomorrow and as retirees we have major opportunities ahead of us if we care to embrace.”

Thank you to everyone who weighed in on March’s food-for-thought poll! This month, we’re focusing on businesses and want to know: “Despite an anticipated rebate for small businesses, do you think it’s fair that EI contribution amounts will go up (for taxpayers and businesses) to fund the proposed Canada Training Benefit?”  Vote now!

Additional educational resources: As these poll results outline, retirement planning is more important than ever. Learn how to help your clients retire with peace of mind with our MFA-Retirement and Succession Services Specialist™ designation, or take a free trial today. Register by June 15.