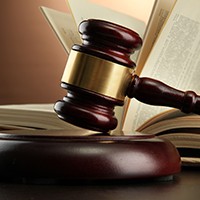 Our June poll question was one of the most popular and controversial to date with our readers. 95% felt strongly that the CRA’s settlement with KPMG demonstrates a lack of fairness and equity within Canada’s tax system.

Last month, the question we asked was: “The CRA recently signed a secret settlement with wealthy KPMG clients involved in an offshore tax scheme. Do you agree with this?” and a resounding 95% (475 people) said “no”. Here’s why respondents expressed strong feelings about this hot topic:

Margaret summed up the inequity by stating: “Of course this is not acceptable! The CRA goes after the small fish like seniors and single parents and leaves the whales. What happened to the promise of tax fairness?”

Carlton agreed: “I am outraged by this deception. I thought that a fundamental aspect of the tax code in Canada was that all taxpayers were to be treated equally and with fairness and transparency. This action by the CRA is a flagrant violation of this tenet.”

Scot weighed in: “Yet again another example of a lack of integrity in the CRA to treat people fairly.”

Siegfried added a different perspective: “Another example of its not what you know but who you know that makes all the difference.” 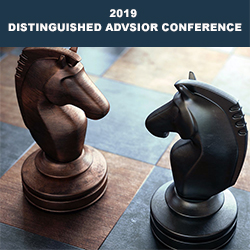 Sandra added: “I have a very hard time believing that a deal like this is in the public’s best interest, which is the mandate of Canada Revenue, and/or any Administrative agency related to the government. Justice should pre-empt these “deals”.”

Rick wants to see tax equality for all Canadians: “I don’t care who they are, but evading paying taxes is against the law. If these “rich people” have hidden their money/income in offshore accounts and are getting to pay less than their proper share, then the rest of Canadians should be allowed/afforded to not pay their full share of what they owe. What is ‘good for the goose should be good for the gander.’”

George agrees: “It is highly unjust when large corporations are allowed to flaunt their size both in the tax courts and in the CRA’s world of tax collection. Many a middle-income taxpayer is severely penalized for errors and omissions while large corporations get off with a sweetheart deal at the general taxpayer’s expense. Time to beef up the power to collect or else afford the less powerful taxpayer the same benefits.
The tax money that is uncollected is ours - not the government’s.”

Peter spoke to the concerns about the CRA’s secrecy about the details of the arrangement with KPMG: “If I am not mistaken, all settlements made with the CRA are private so I don’t see how they could make an exception with this one just to satisfy public curiosity. KPMG are still maintaining that the payments were non-taxable so the CRA obviously thought the safest approach would be to reach a settlement (which would require dropping the penalties) rather than risk losing in court.”

Finally, David introduced a different perspective: “This is no different than many other debt collectors, including CRA in the past. If you can negotiate payment of some sort today and avoid years of court battles and the resulting costs, it’s often a better route to go.”

Thank you to everyone who participated and shared their thoughts! Weigh in on our July poll now, which asks: “Should the capital gains inclusion rate be increased to 75% as some advocates are proposing?”